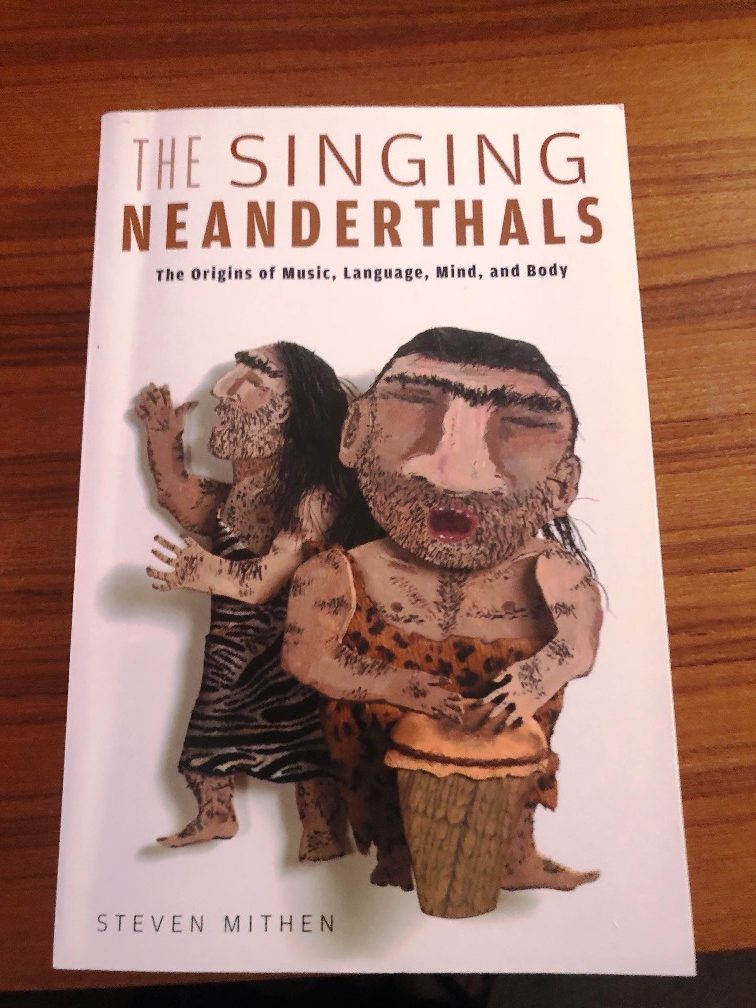 For many years, usually in the evening, I would turn on the record player – 45s or LPs (that tells you how many years back I’m talking about), or the radio or, more recently, Pandora on my cell phone or iPad. And I would dance – in my old home’s living room, in the living room of my first house in Bloomington, Indiana, or in the apartment we rented when I was in seminary. And in the house where we live now. All these decades stretching over the years – dancing to the beat! Richard Harris’ “MacArthur Park,” The Beatles' “Help”, Gordon Lightfoot's “If You Could Read My Mind,” Neil Diamond’s “America,” and so on. Interestingly, I don’t seem to do that any more. Oh, David and I will occasionally dance to a good one with rhythm and beat on a Pandora station like Fleetwood Mac – among other stations we listen to all the time – like sitting for an occasional driveway moment listening to the end of “Eli’s Coming” or “Classical Gas.”

But I do sing or chant, singing the lyrics if I know them or can remember them, and of course I chant in our high Anglo-Catholic church where I’m Priest Associate. Even at home after saying Eucharist every morning with David, or frequently when I’m doing downtime in the afternoon, having a few quiet moments and searching out the psalm appointed for the day.

In fact, there's some pretty good scientific evidence that music in all its expressive forms is good for body and soul. And apparently there is a loneliness, anxiety, and hostility crisis in our country according to recent publications (see Tish Warren in the Op-Ed page of The New York Times' May 2 issue). Freelance science writer Starre Vartin writes that a “small but growing body of research suggests that dance may provide more mood benefits than other types of cardio exercise ... can help reduce anxiety more than ... aerobic exercise [as well as] chronic pain. It was also found to lower depression ... in one study.” So let’s turn to what we know about music’s evolutionary origin and its effects on the brain and body.

As I explored in my book Flourishing Life, it turns out that our capacity to move rhythmically and respond emotionally to music and dance is a universal characteristic of human beings; an inborn capacity. As Steven Mithen writes in his book The Singing Neanderthals (please see lead photo), “words remain quite inadequate to describe the nature of music, and can never diminish its mysterious hold upon our minds and bodies.” (p. 278) In fact, as he points out, language itself developed later in our species. About 200,000 years ago our evolutionary line split off and our own species, Homo sapiens, came onto the scene. Living in great numbers, these ancestors of ours developed the need for a more refined, nuanced communication pattern as tribes grew larger. Our species split off finally from the Neanderthals. And despite the fact that our Homo sapiens line developed the ability for abstract reasoning and speech, we still retain that inherent capacity for making music and dance. “Infants are born musicians,” Mithen stresses.

Let’s end this little section here, drawing from my own work and Mithen’s, with a passage from a bit of Flourishing Life's second chapter:

When we hear rhythmic music and when we dance in groups, we do tend to move with the beat for good reason. It turns out that there are motor paths in our spine and brain that trigger bodily movement to the rhythms we hear and dance movements we see. We become entrained in the beat and we move our feet in response. Mithen says that all music begins with a stirring of the body. He also adds that to feel with the body is probably as close as anyone gets to resonating with another person. Music and dance tend to bond us with one another. (p. 44)

And of course some of these neural pathways link up with the mid-brain area and trigger emotions and memories – hopefully good ones. In any case, there is a lot of research that demonstrates the survival value of social support, including our own. That need we have for one another did not abate – even during the pandemic. A 2021 research article published in American Psychologist (Greenberg, Deety, and Gordon, “The Social Neuroscience of Music: Understanding the Social Brain Through Human Song” (see second photo below) points out that folks can adapt quickly to ensure their social needs are met. “[During the pandemic] many individuals turned immediately to music, as evidenced by people singing from balconies, watching live concerts on social media, and group singing online.” A report in a 2018 issue of Harvard Heart Letter reads that no other stimulus engages our brain so widely as music – auditory, motor movement, attention, memory, emotion. “This global activation happens whether you listen to music, play an instrument, or sing” – even in the car or shower.

Importantly, pleasurable mood listening or creating music triggers the release of dopamine, a “brain chemical that makes people feel engaged and motivated.” As an earlier American Psychologist issue suggests, “music evokes emotion.” And whether you want to feel energized or calm down, the neural effects of that experience can extend benefits to the heart.

Well I guess hopefully I’ve made my point. If you want to get energized, calm down, reduce anxiety, lift depression – go ahead and grab a friend or lover or spouse and dance to the beat. (See third photo below.) Or just sing along with your favorite tune. Or join a church choir and always show up at rehearsals. Or ... you fill in what appeals to you. I promise you’ll feel much better in the end. End of the day or end of it all. Promise. ... 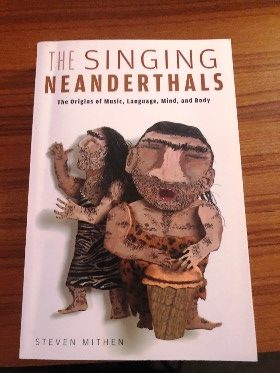 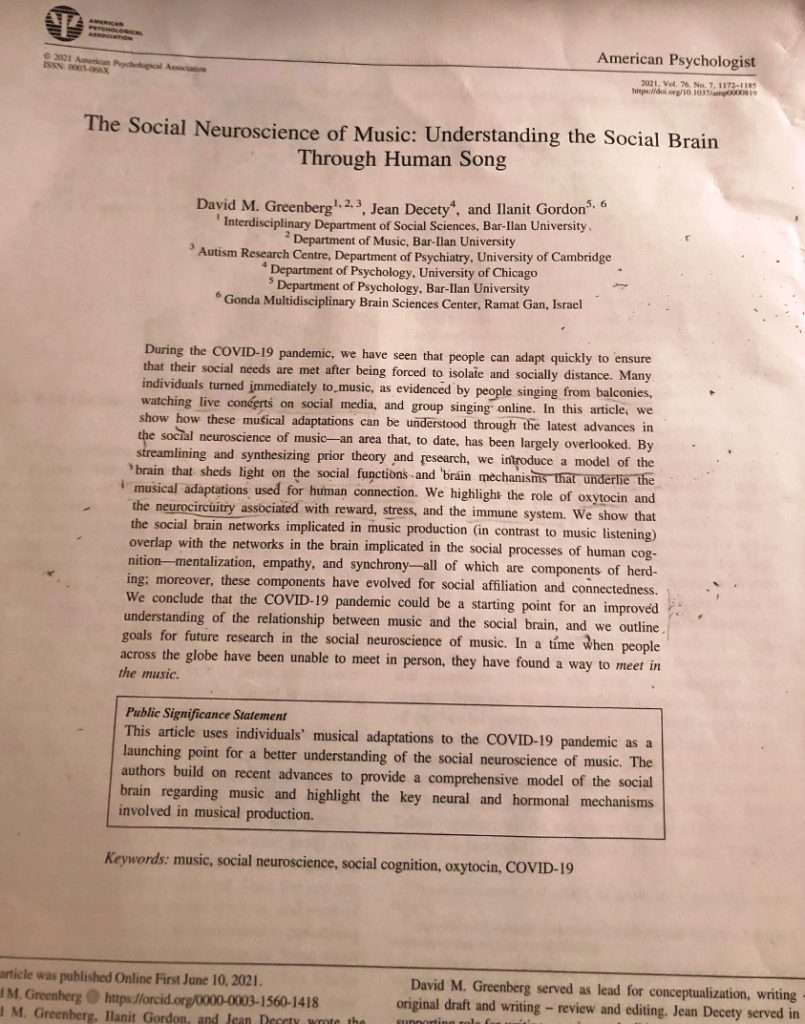 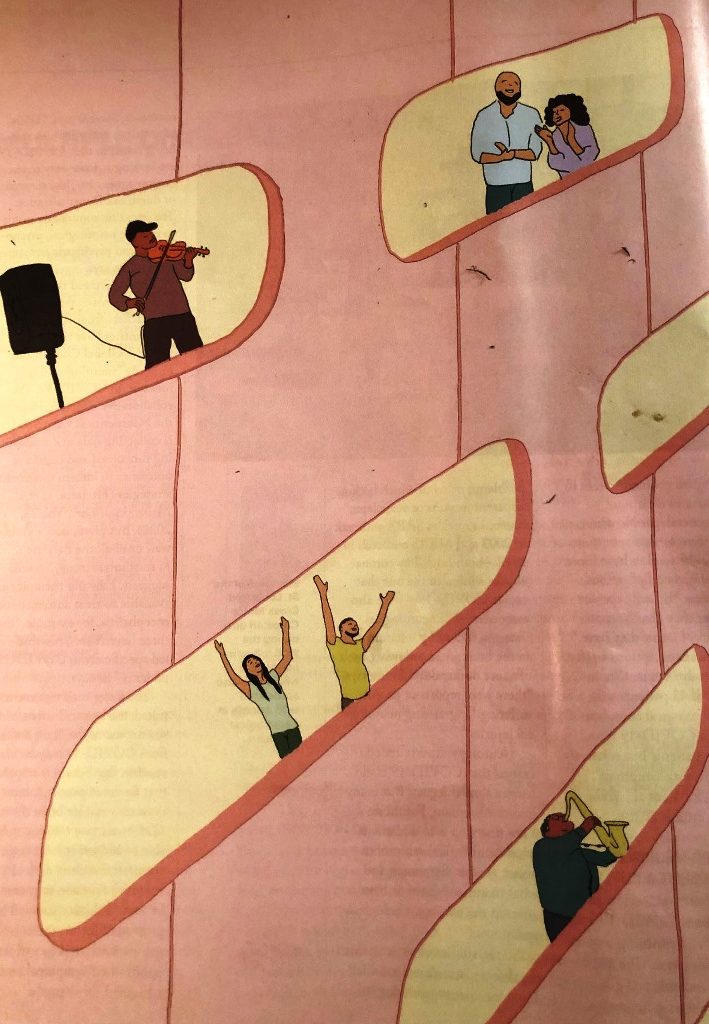 Dance to the beat!