Imagination, Levy contends, is a gateway to God that swings both ways: through ritual, metaphor, and symbol, we can feel God reaching out to us; through these same literary and artistic resources of meaning, we can express our personal encounter with transcendence. In the first half of this lovely little book, God's outreach is examined in chapters on ritual and music, on poetry and art, and on story (drama, films, novels, Scripture). Each of these chapters examines an array of particular works to explicate their revelatory dimension.

In the second half of the book, separate chapters examine practices to enhance or develop our imaginative prowess — first practices centered in the home (many intended for children), and then practices centered in community. A concluding section lists resources for those who want to pursue the ways in which the arts can sustain the journey of faith.

Levy draws on her dual career in ministry and in chnical psychology to argue throughout that imagination is at its core a perceptual capacity. Because it is a way of seeing, imagination can be developed. Botanists learn to observe in the disciplined way that botanists observe, hairdressers as hairdressers — and of course, then, believers as believers. What's being trained in each case is the imagination. We must learn to see God; we then can learn to communicate what we see. We find that gate with its double-sided hinge, and thereby our encounter with God grows in richness and detail.

In taking this stance on imagination Levy situates herself in the British tradition deriving from Coleridge, for whom imagination was a universal human capacity. Imagination lies at the heart of all human perception, Coleridge argued, and furthermore in its creative capacity to generate the world-as-experienced, imagination is an echo in the finite of the infinite I AM. For Coleridge, imagination generates the real world and not, as in Kant, the merely phenomenal. In arguing that imagination is central to the journey of faith, Levy is in effect contending that God is at the center of our knowledge of everything solidly real in the world around us. That's an important claim that she presents accurately and yet with great sensitivity to the needs of her primary audience: the ordinary parishioner.

This might be a terrific book to offer to parish groups interested in film, or in novels, or in the visual arts as a way of helping transform those interests into a means of growth in faith. A small middle chapter, "Code: Criteria for Truth," offers an array of questions one might ask to evaluate the revelatory accuracy of what any given film or novel has to offer. As literal-minded absolutist certainty becomes less and less persuasive as a path to God, imaginative engagement becomes all the more vital. 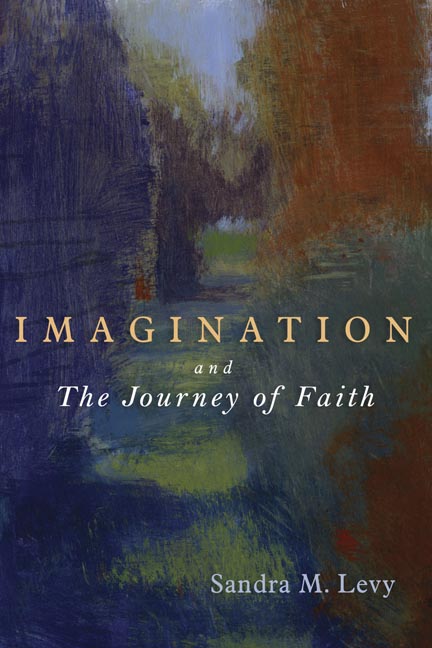