Making Meaning in Our Lives:
Irrational Leaps into the Unknown

I don’t know about you, but looking back over my life – from late adolescence to just about now – I have made choices and decisions across my days and years, not based on rational considerations like a cost-benefit analysis, but based on deep meanings within me at the time I took a particular path. For example, when I was a senior in high school I decided to convert to Roman Catholicism, much to my family’s horror as that was viewed as bringing a “foreign way” into the house. Then, after they finally adjusted to that, I decided I wanted to become a nun. Reluctantly my parents agreed to send me to St Mary’s College at Notre Dame. And when I took up with a Canadian boyfriend instead, my dad was so relieved he bought me a pink Thunderbird!

Later on, I walked away from a very successful academic career where I was Associate Professor of Psychiatry and Medicine – after I decided to enter the seminary instead and study for the Episcopal priesthood. Then, in more recent memory, I left full-time ministry after serving eight years at St. Mark’s Episcopal Church here in Richmond to return to a life of scholarship. It's hard to believe that was 18 years ago, but so it was. And here I am today, still holding on to my church life on a part-time basis, but also writing while enjoying family and friends. (I realize that if you have followed my blogs or read my books for any length of time, you already know about my more recent life and activities.)

But let me to go into a little more detail regarding my decision process for leaving St. Mark’s, since that leads into the point of this blog. After serving seven years of Rector there, I was due for a sabbatical. I was fortunate enough to win a Lilly Foundation grant that provided support for me and the parish for my time away. I chose to spend that summer of 2003 in Cambridge, England, at the Center for Advanced Religious and Theological Studies at Cambridge University. The grant was awarded to me to support foundational research for my subsequent book, Imagination and the Journey of Faith. When I came back to Richmond that fall, I thought I could continue working on the book while managing the parish. But it turned out I couldn’t. The parish had to come first and the book had to lay fallow for a year. And so I made that leap of faith and decided to leave in the summer of 2004.

Which brings me to a recent article that stimulated my thinking about this whole blog. On the July 24 Opinion page of The New York Times, a piece caught my eye titled, “How to Make a Life-Defining Decision,” by Ross Roberts. (See the lead photo.) It turns out that Charles Darwin, when facing a decision about whether to marry, also drew up two lists – reasons for and against marriage. But despite all of Darwin’s efforts to be rational about the whole thing, he took that leap and married Emma Wedgwood – his cousin! – not based on his calculations about loss and gain from his cost/benefit lists, but based on how he wanted to live his life in the end. A quote from Darwin captures that epiphany: “My God, it is intolerable to think of spending one’s whole life, like a neuter bee, working, working & nothing after all – no, no won’t do.” So he married within a year and had 10 children to boot! Roberts concludes his piece:

I have to speculate a little here, but I think [Darwin] realized, as most of us do, that life is about more than just the sum of the day-to-day pleasures and pains that follow from our choices. Adding up cost and benefits ... may seem like the height of rationality. But it can easily undervalue the most important but less obvious aspects of a life well-lived. But the important lesson is to think about life as more than accumulating pleasure or avoiding pain.

Human beings want purpose. We want meaning. We want to belong to something larger than ourselves. The decisions we make in the face of wild problems don’t just lead to good days and bad days. They define us. [emphasis added] They determine who we are, who we might aspire to become, who we might come to be.

So a desire for purpose and meaning drives us forward in the decisions we make in our lives. And I think we can also consider hope as another driving force. As Debie Thomas mused in an older Christian Century piece, “hope is robust and muscular and ferocious and long-suffering. Hope ... kneels on hard ground and yearns without shame. Hope ... gets in apathy’s face and says, “No. Not good enough. Try again. ... After all, what else is hope? Isn’t it precisely the mystery that strains toward what I don’t yet have? Isn’t it all about the unseen, the unknown, the unreached?” (See second photo below.)

And so, as they say, hope springs eternal. Hope propels us onward as we make the important decisions in our lives. And just so, life can remain meaningful and purposeful to the end. Maybe it would be fitting to end this blog with a little Robert Frost. Do you remember one of his most treasured works, “The Road Not Taken,” where the traveler is faced with two roads that diverge in the woods, has to make a choice between them, and is sorry he cannot travel both – and finally makes a decision, “knowing how way leads on to way, I doubted if I should ever come back?”

I shall be telling this with a sigh
Somewhere ages and ages hence:
Two roads diverged in a wood, and I –
I took the one less traveled by,
And that has made all the difference.

And so our decisions and our lives go, making our meaning as we leap forward into the unknown, filled with hope ... clinging to hope till the end. 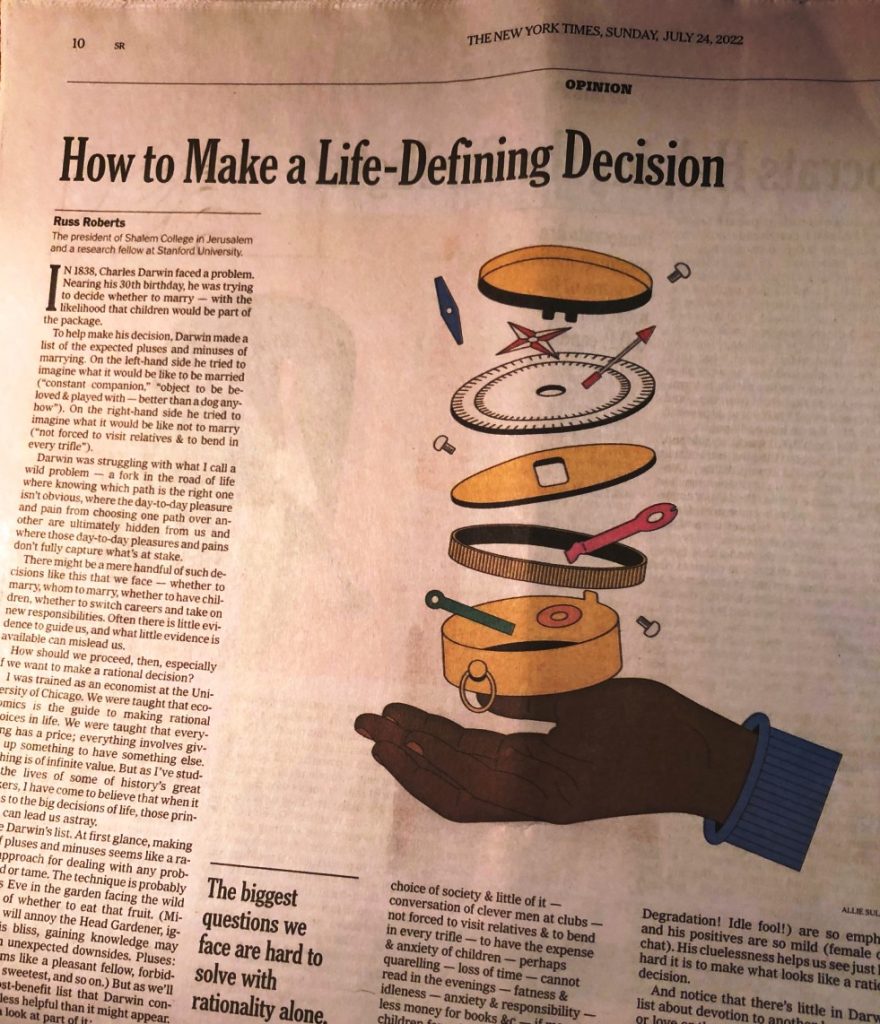 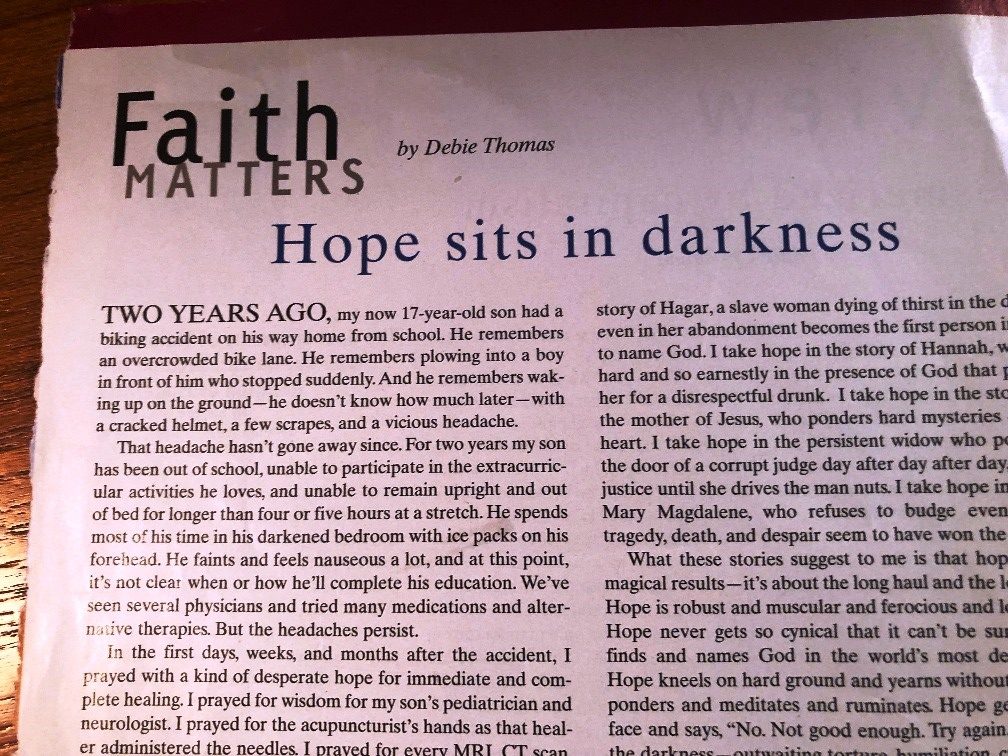