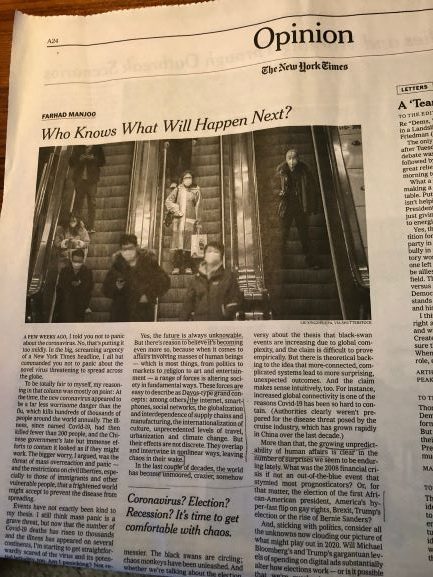 Suffering and the Unpredictability of Life:
Living East of Eden

Last Sunday was the first Sunday of Lent. For those of you who observe the season, Lent’s a time of reflection and renewal of purpose, a time to pause and reflect on your life’s direction and what you are going to do with the rest of it that you have left. The Old Testament or Hebrew Bible reading for that day was Genesis 2–the story of Adam and Eve, the snake, the temptation and “fall” and the couple’s expulsion from the garden of Eden. Sin. . .and consequence, right?

And so the question for these earliest ancestors of ours was how they then were going to survive–east of Eden. How do they put their life together outside of paradise? Beyond innocence. In a world broken apart, picking up the pieces of their broken life as best they can. How. . .then. . .do they survive? (See last Sunday’s sermon.)

Interestingly, about the time I gave that sermon, an editorial appeared in the New York Times about the unpredictability of life. . .about the world we now live in. . .yes, this side of Eden. (“Who Knows What Will Happen Next?”, Friday, February 28, 2020, p. A24). (See lead photo) The author of that editorial, Farhad Manjoo, acknowledges that the future has always been unknowable, but he argues that this unpredictability, this unknowability is becoming more so in this world we live in. The range of forces impinging on our lives include“the internet, smartphones, social networks, the globalization and interdependence of supply chains and manufacturing [seen in spades with the fall-out from the latest virus scare], the internationalization of culture, unprecedented levels of travel, urbanization and climate change. But their effects are not discrete. They overlap and intertwine in nonlinear ways, leaving chaos in their wake.”

We wake up every morning to a host of surprises, many that we hadn’t seen coming, including “America’s hyper-fast flip on gay rights, . . .Trump’s election or the rise of Bernie Sanders.” So Manjoo’s conclusion is that of course he could be wrong, I could be wrong, we all could be wrong about what lies ahead. All you can do is shrug your shoulders and buckle up for the ride. Who knows what tomorrow will hold for us all.

Which brings me to the Old Testament’s book of Job. David and I have decided to read that story from start to finish as our morning Lenten reading. Now even if you haven’t read the book of Job, pretty much everyone knows the gist of the story. On a bet with Satan, God allows the devil to bedevil Job–a just man–with all kinds of grief. First he loses all his property, then he loses all his family, then he loses his health. Job’s response: “the Lord gives, the Lord taketh away; blessed be the name of the Lord!” Now that well-known response to all that befell Job has seeped into our culture with reference to the “patience of Job”. We say about someone who is long-suffering, “that guy has the patience of Job.”

The problem is that Job wasn’t all that patient. In fact, Job laments, Job protests, he rails against the unjustness of what has happened to him. He demands an explanation from God--why God has dealt with him this terrible way when he has not deserved such punishment. Which brings me to a little paperback that I found again on my shelf after some years of neglect. In l997, Bill Thomason wrote God on Trial: The Book of Job and Human Suffering. (The Liturgical Press, l997. See second photo below.) Thomason is a philosopher and religious scholar who apparently spent some years studying and teaching about the book of Job and thus, has some authority in terms of that text’s meaning. Space here does not allow a full treatment of this author’s masterful description and discussion of our ancient story, but at the end of the book he arrives at a pretty good but not final response to the problem of suffering in an unpredictable world.

From the time our ancestors crawled out of caves, we humans have evolved in order to survive in a harsh world about us. Because we evolved to survive, we developed intelligence and the ability to make choices. Humans evolved as they created language and communal societies. We evolved as moral creatures, eventually creating political arrangements, and finally art and literature. Thomason argues that none of these evolved human traits would have developed in a perfect world where nothing needed to be decided, where no dangers erupted, where no problems needed to be solved. He says:

We developed our intelligence by facing a problem which will not resolve itself. Choice becomes possible when the world presents us with alternatives which our intelligence discerns and evaluates. It seems that a contingent world–one which is unpredictable and threatening to a degree–is a necessary element in producing human beings. . .If there is no need to exercise choice, there can be no moral development, no sense that some things are right and some are wrong and that one ought to choose the right and shun the wrong. In a perfect world, a noncontingent world, there is no need for Job’s integrity because there would never arise the ambiguous circumstances which would call it into question. (p. 99)

OK, so that’s basically where Thomason takes us in his little book. But he acknowledges also that he does not and cannot supply a final answer to the problem of human suffering. Yes the world is unpredictable and we have developed as moral, intelligent creatures to deal with it as best we can. And God help us. Yes. . .precisely that. Because God never really answers Job either but Job never gives up his belief and faith in God. . .and is presumably satisfied when God answers out of the whirlwind, showing God’s self as the all-powerful Creator that God is.

The best answer that Thomason can give in the end. . .and finally, it is the only answer we or Job get, is that “God does not send physical suffering deliberately to us. . .God allows physical suffering to occur as a result of the natural processes of the world, because only in such a world is it possible to produce persons.” But “wise faith” will always be skeptical of easy answers. The author’s last words he offers re these: “The example of Job teaches us that the best response when confronted by suffering–our own or others’–is to be honest, to hold on to our moral and intellectual integrity, to do what we can to alleviate the suffering, and to wait for a word from God.” (P. 101) Not a final answer because in the end, there is none. Suffering. . .like God. .. remains a mystery.

But we cling to hope, in our lives and in this season of Lent. And do the very best we can this side of Eden. Giving thanks for life and–like Adam and Eve--making a life as best we can. And not lose sight of all our real blessings along the way. 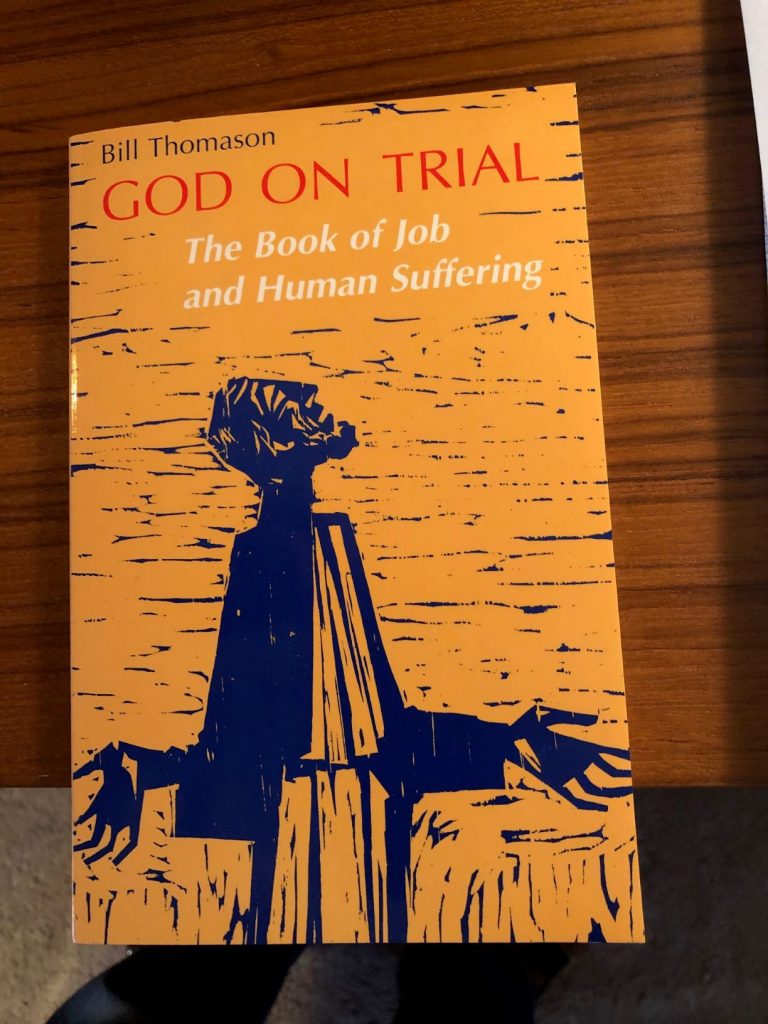