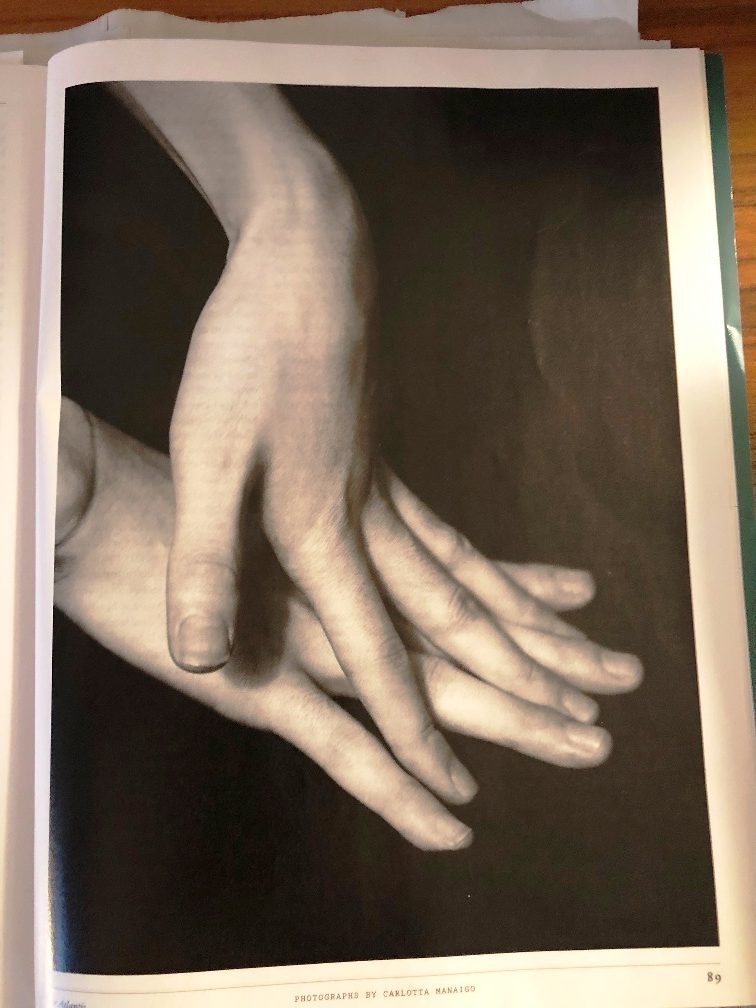 That Human Touch:
The (Necessary) Perils of Social Distancing

Somewhere in my Bruce Springsteen collection of music, I believe there is a song with the lyrics that refer to “that human touch.” When I first heard that song, I knew exactly what he meant by that. If I remember correctly, the singer had taken up with some woman – what used to be called a “one-night stand.” But he was lonely, and apparently longed for human company ... that “human touch.”

Now of course we have been ordered to refrain from congregating with our kind anywhere except at home – no restaurants, no church services, no sports events, no nothing but “social distancing” (an oxymoron if there ever was one). And of course, for not just a few, no jobs ... so no income, businesses lost ... lives in peril. A strange, bizarre, brave new world, folks. Just longing for our “normal” social lives to return.

And the fact is, we need the company of each other the most when we are under serious stress. In my academic career I studied the positive mental and physical effects of social support in cancer patients. I knew the wider research literature: animal studies, epidemiological studies, as well as our own work that strongly suggested that social networks – not just the kind you find on Facebook but the actual company of others – can be both “brain-soothing” and life-enhancing, in both mental and physical health terms. In a Saturday, March 21 New York Times op-ed piece, Kristen Radtke cites current research suggesting that “regular touch reduces levels of stress hormones and that hugging can stimulate the thymus gland, regulating the body’s white blood cell production which helps fight infections.”

A fascinating essay in The Atlantic recently by Jordan Kisner – see the lead photo – was titled, “Reiki Can’t Possibly Work. So Why Does It?” For those of you who have never heard about reiki, it’s a sort-of spiritual massage procedure, borrowed from 20th-century Japanese healing therapy, offered now in many VA hospitals and major medical centers as an adjunct treatment for patients. Kisner says that in Japanese, “rei” translates to “spiritual;” “ki” is commonly translated as “vital energy.” A reiki session “often looks more like mysticism than medicine: Healers silently place their hands on or over a person’s body to evoke a ‘universal’ life force,” Kisner writes. (See second photo below.) While it's considered suspect by many physicians, it's apparent to many that human touch therapy is both calming and health-promoting in patients undergoing toxic treatments for serious diseases like cancer. It's possibly a placebo effect, but then placebos do have real effects in the body. Either way, no one has yet to explain fully the mind-body interface and how believing something can make it so, affecting real responses across physical systems.

Kisner concludes that the “ailments that reiki seems to treat most effectively are those that orthodox medicine struggles to manage: pain, anxiety, chronic disease, and the fear or discomfort of facing not only the suffering of illness but also the suffering of treatment. A researcher at Cleveland Clinic by the name of Yufang Lin, an integrative medicine specialist, says:

“What conventional medicine is excellent at is acute care. We can fix broken bones, we can unclog arteries, we can help somebody survive a significant trauma, and there are medicines for all sorts of symptoms. . .But medicine. . .is less successful at recognizing the way that emotion, trauma, and subjective experience can drive physical health–and the way that they can affect recovery from acute medical care.” (p. 94)

Kisner notes that such touch-based healing does seem to simulate the “most archetypal care gestures – of tender care, of love even. The kind maybe we remember receiving from a loving parent. I think I’ve mentioned in at least one blog the early research of John Bowlby, who studied the survival of orphans in hospital during World War II. Those who were held and stroked tended to survive significantly longer than those who were deprived of such human touches.

So the aggregate of evidence over the years strongly suggests that we need the comfort of others close at hand, especially in times of stressful trauma. Frank Bruni, one of my very favorite columnists in The New York Times, had a perfect op-ed piece that offers a confirming conclusion to the argument I offer here. (See third photo below.) He writes that COVID-19 and its aftermath may very well be worse for us in the long run than September 11 ever was. And not just financially, but also in terms of our personal well-being.

The evening of 9/11, we opened the doors of St. Mark’s for a church service and folks poured into the sanctuary – many who had not darkened the door of a church in years or ever. But we gathered, because there was a great need to be together as a community, to hug, to cry, to pray, to offer comfort and hope for our country and for each other.

But now, as we all well know, that kind of comfort is being denied us in a time of crisis when our need for each other is greatest. “At the very moment when many of us hunger most for the reassurance of company and the solace of community, we’re hustled into isolation,” Bruni writes. He's not arguing – and neither am I – that such isolation is not essential right now to help stem the spread of this terrible disease. But there are consequences. Bruni writes that he is grateful for the internet and for cell phone connections ... and so am I. But still. “‘Staying home,’ ‘working from home’ and ‘holing up’ have nurturing rings when they’re voluntary. But when the seclusion is compulsory and spans an unspecified progression of days, it’s a lonely, claustrophobic condition,” he writes. And in his Manhattan neighborhood, he ends his piece by noting that “it has been a few days since I heard the music of human laughter.”

So I guess just hug someone at home if you can (I’m very lucky in that regard!), have a virtual FaceTime cocktail party, and pray for peace and comfort and solace for those who have lost much. Pray for hope, that this will pass soon and that we will value each other and our churches and communities more than ever in the time to come ... maybe learning from this bizarre trauma and coming out the other side better for this dreadful experience. Imagine that! 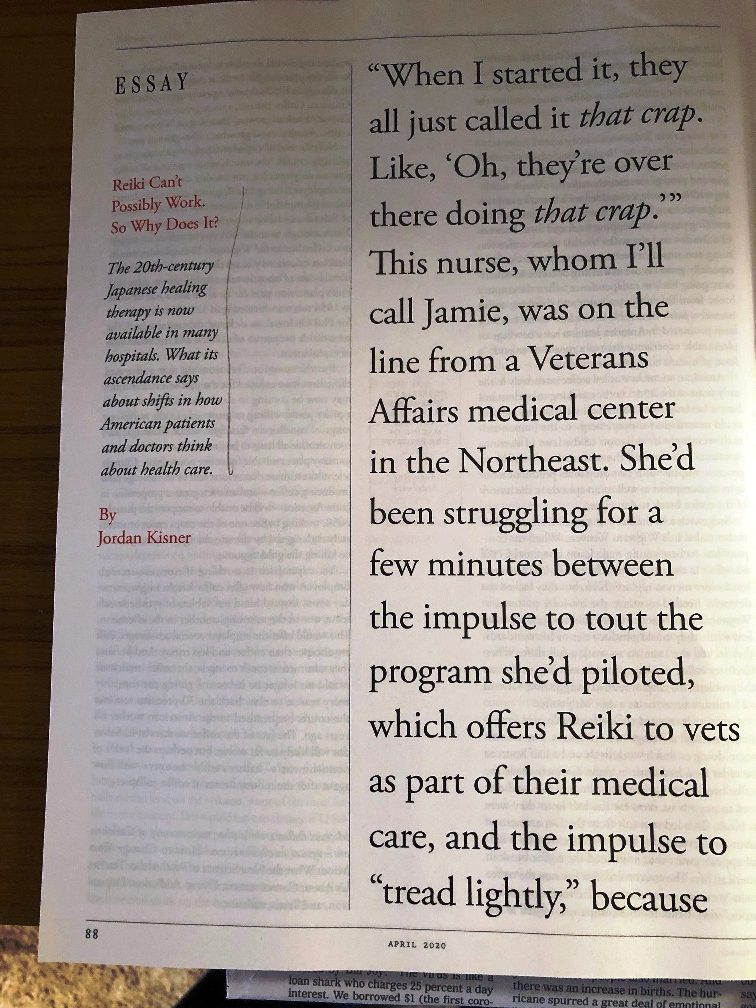 Kisner's essay in The Atlantic 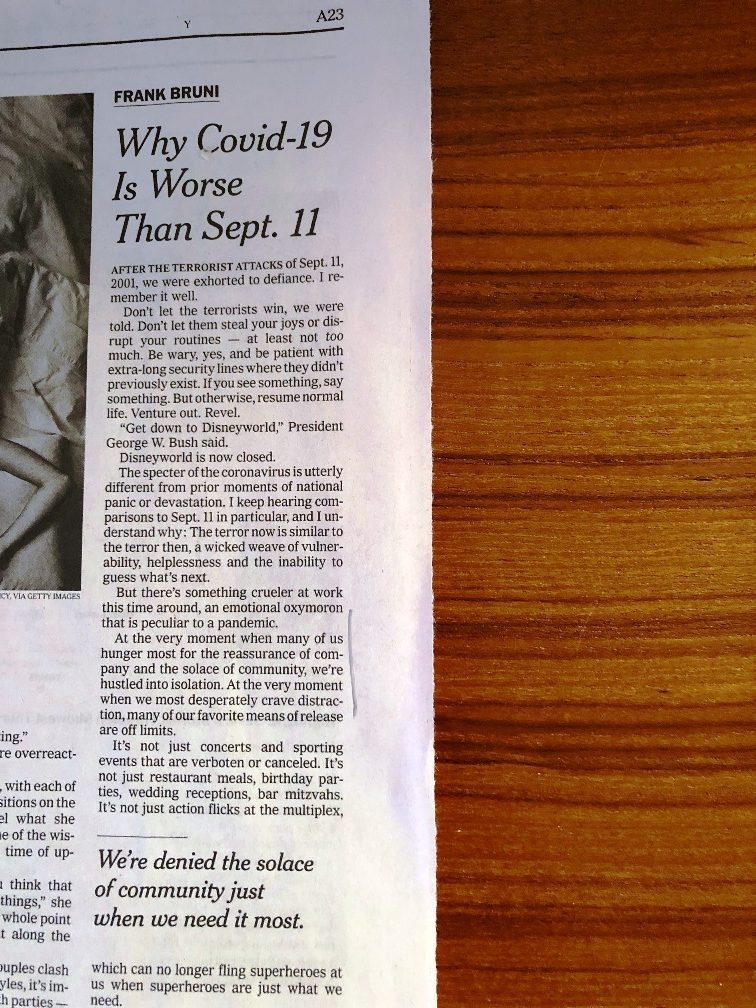