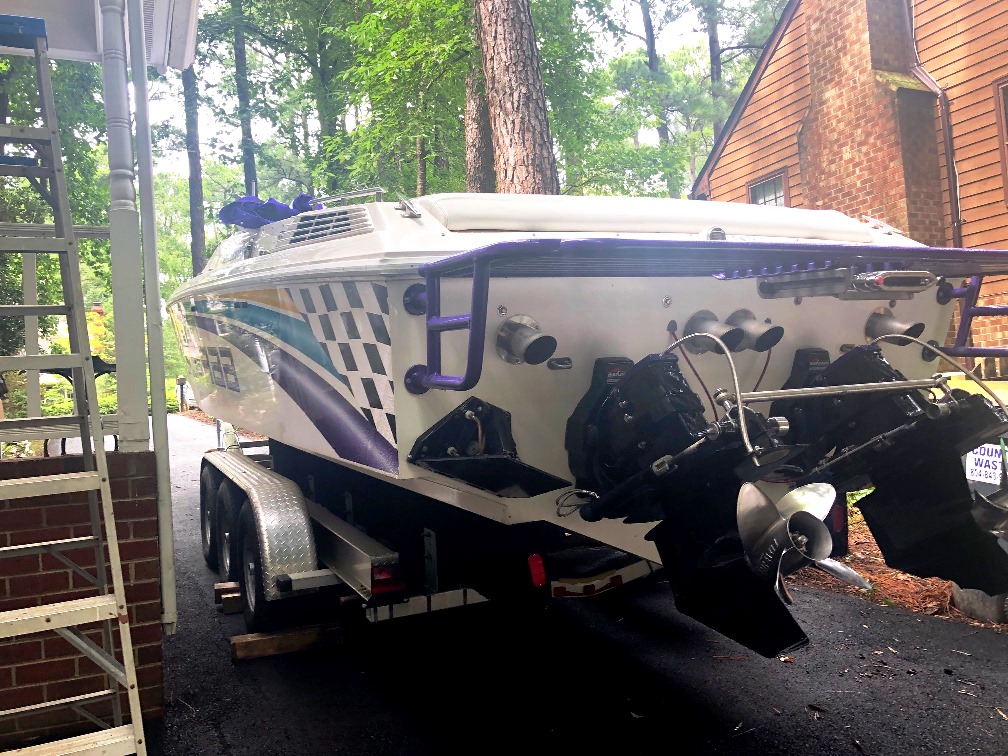 If you look at the lead photo, you will see the newest member of our family – a 38-foot speedboat (a friend of ours describes it as “zoom, zooming!”), that now sits in our driveway but soon will likely occupy a slip at a marina on the Chesapeake Bay. I will tell you that this is David’s dream. He cannot long remain away from the water and has been hunting for a boat to buy ever since he sold his double-masted, 55-foot sailboat which he piloted to such exotic places as Venezuela and the Bahamas. David LOVES the water, probably even more than I love the mountains of Virginia to our west where I spent a few days of R and R last week (see my second photo below – a morning sunrise on Afton Mountain).

In some ways, I think, you could consider this boat purchase as a sign of hope for the future we share in spite of this pandemic, despite the specter of chaos in our streets, despite the terrible political season we have now entered: and, I suppose, despite the fact that I have never been a boat person. My only real experience in boating was when I was a little girl and we spent summers on our houseboat, docked at the Pastime Boat Club on the Ohio River outside Louisville, Kentucky. Well, as my oldest son Brian told me, “You can learn something new, Mom!” And so I believe I can. I’ll let you know in some future blog.

We do need hope for our future, don’t we? A lot of hope! In these blogs I try not to get too political; most of us know where we are at this point and that’s that. But it is certainly hard to ignore the Big Thing that's been going on for the past two weeks as the major networks covered most or all of the two party conventions. (Truth in advertising.) If you follow my blogs, I guess you won’t be shocked to learn that I like Biden, and I think Harris was a good choice for his running mate. For all his flaws, I expect few will argue that Biden is personally a decent man, his morality forged through great sorrows in his past life.

In a piece in The New York Times by Jennifer Senior, “Learning to Love Joe Biden” (August 16, 2020, p. 12), she does not sugarcoat Biden’s history of gaffs and touchy-feely mistakes. But as I read that article, sitting in a restaurant during my mountain retreat, my eyes actually teared up when I came to her final paragraphs. As a young senator, Biden first ran for president in 1987, but dropped out of the race during primary season. Had he remained in the race, Senior writes, he might have died ... because five months later he was rushed to Walter Reed National Military Medical Center for what turned out to be a brain aneurysm, the first of two diagnosed at the time. Had he remained on the campaign trail, who knows where he would have been if a brain catastrophe had occurred. Quoting from What It Takes by Richard Ben Cramer, Senior writes:

A priest gave him his last rites that day. Biden gathered his family around, not to tell them that he loved them, which they already knew. “He wanted them to know what he’d found out fifteen years before [when his first wife and child were killed in an automobile accident]. They would go on.”

And well yes, we will go on – despite the risk of virus sickness, the ugliness and the terror and the economic woes around us. We will go on. As Biden has done in the face of tragedy, as most of us wind up doing, one step, one day at a time.

But how do we go on? A recent attempt to answer that question by Margaret Renki (The New York Times, Tuesday, August 25, 2020), was titled, “Enfold Yourself in Small Comforts.” Her essay was inspired by some friends on Facebook who all chimed in to mention little things they had started doing to find meaning in their days of lockdown. Ironing face masks, growing flowers, eating ice cream, drying sheets on the outdoor line, cooking new dishes. “They are sitting on the porch – just sitting there, listening. At night they are going outside to look at the stars. ... They are meeting friends – outdoors and from a safe distance – and making a pact to talk about anything but the coronavirus.” Renki concludes that although we find ourselves in the middle of a story whose end we don’t know, whether it will end or not, we are not helpless in the face of such uncertainty. We are still creative creatures and even in this age of anxiety, we can find hope and joy in the small, everyday pleasures of life.

Of course it’s the not knowing where our story is leading, or if it will end or when, not knowing exactly what lies ahead, which is so hard to take. But wise men have always known that that is, in fact, the human condition. Someone has said that humans want to feel that they are on a “power walk into the future, when in fact we are always just tapping our canes on the pavement in the fog.” We live in “radical uncertainty” and accept with a certain amount of humility who and what we are, “condemned to do in life: tap and step, tape and step, tap and step ...” (“No One Knows What’s Going To Happen,” Mark Lilla, The New York Times, May 24, 2020.)

Well I suppose that’s putting it a bit strongly. Some things, I guess, we can control: our own moral behavior, our care for each other, and so on. But ultimately, One is in control, and ultimately, it’s not us. So we resort to little, creative acts, to growing our own best selves as best we can, and maybe to reading something inspiring once in a while. So I’ll end this blog with a bit of poetry from my South African friend Isobel de Gruchy’s beautiful collection, Between Heaven and Earth: Poems, Prayers, Pictures (Resource Publications, Eugne, Oregon, 2015, pp. 51-52 – See third photo below):

I Pray Shalom for you:
That you wake each day eager to meet whatever comes,
That you look in the mirror and are pleased with what you see.
That you accept with courage any limitations on your abilities.
That you accept with humility, but develop creatively, your special talents.
That you know which things take priority,
That you are not stressed by having to set some things aside.
That what you do illuminates who you are, and that you find joy in all you do ...

I Pray Shalom for You:
that your faith may grow,
That you be filled with love,
and that hope never dies. 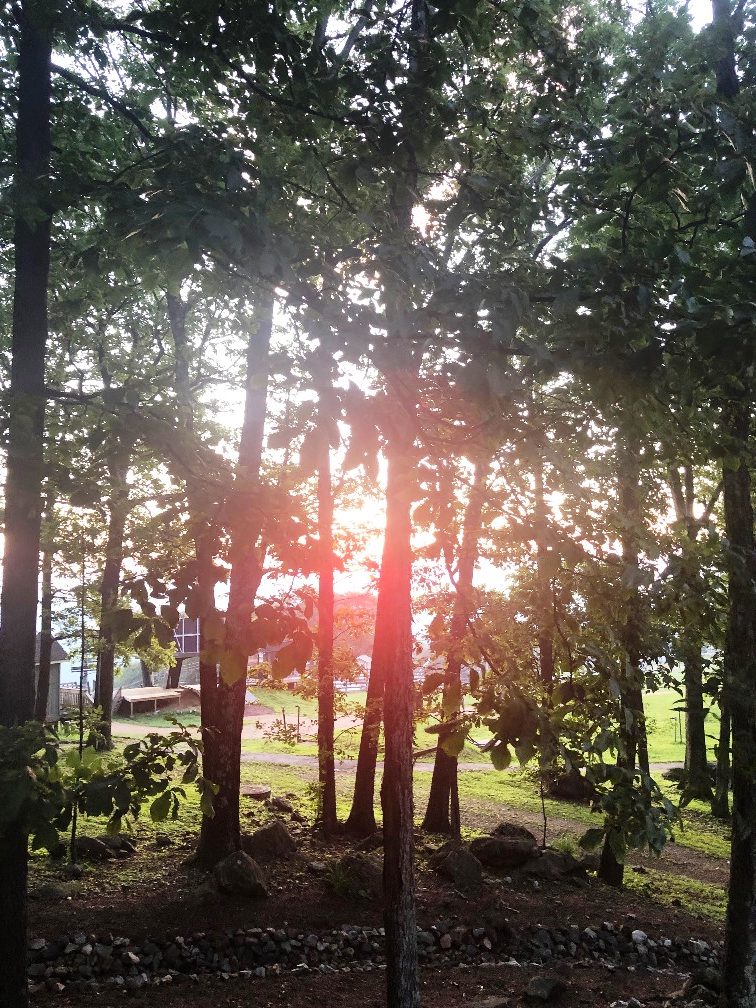 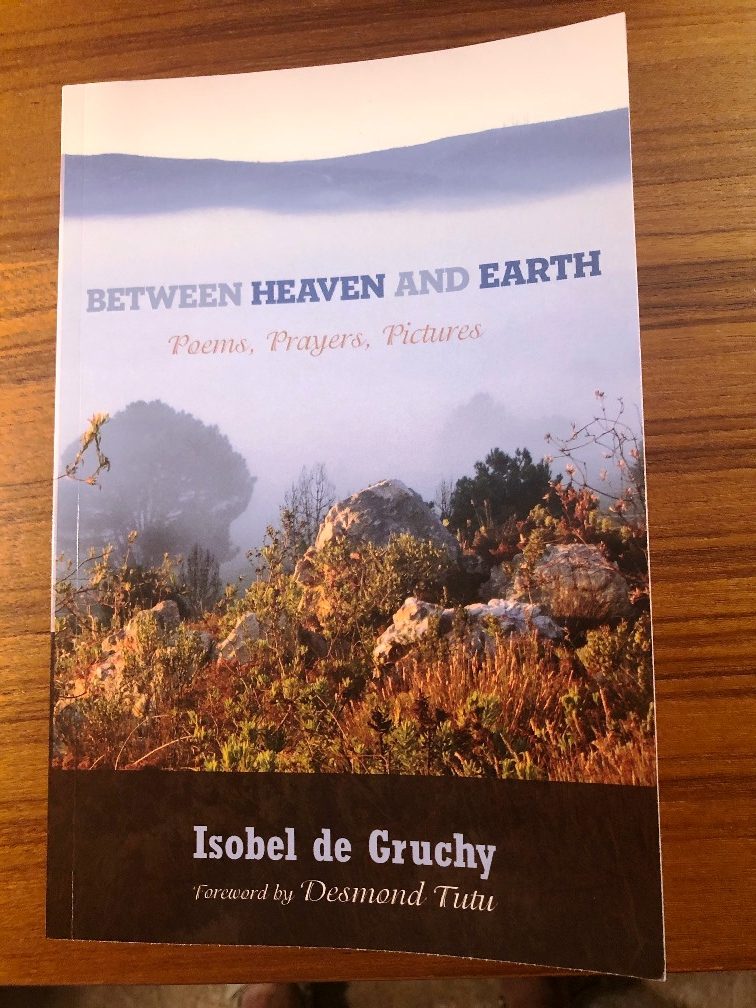