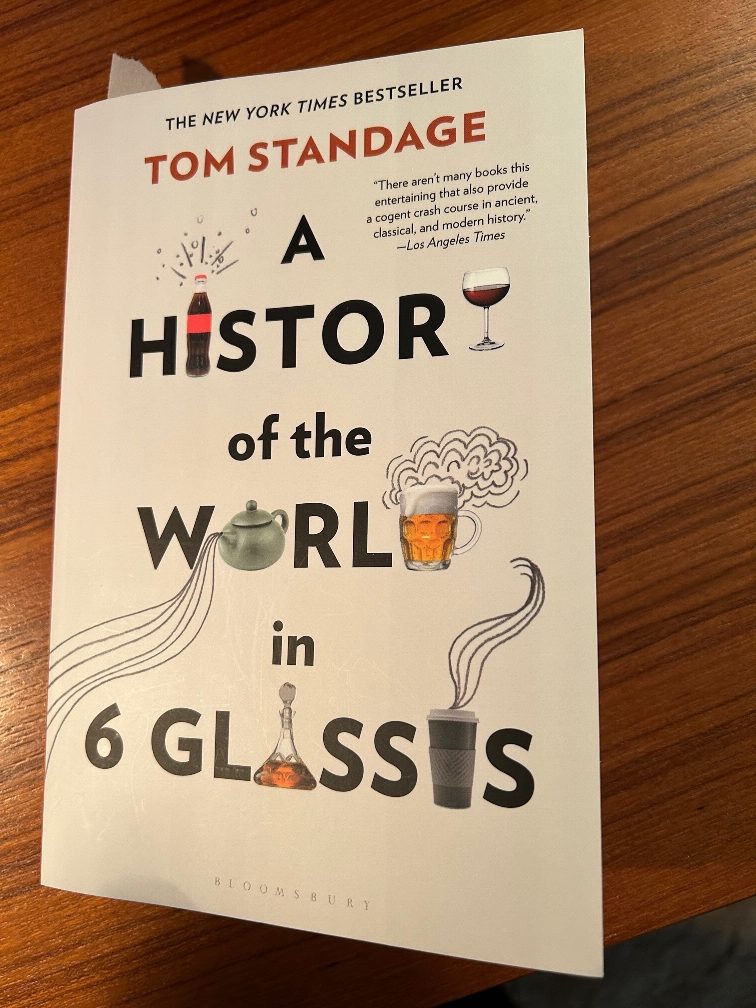 The Joy of Wine

A Drink of the Gods – Almost as Old as Humankind Itself

Some of you know that if I am really lucky, along about mid to late afternoon, I retire upstairs to pray, think, read, and relax at the end of a usually busy and sometimes crazy day. I refer to it as my “chair time,” because I sit on my bedroom chair for the duration of this down-time relaxation that lasts from 15 minutes to an hour or so. My spiritual activity during this time usually consists of finding the readings and psalms appointed for the day in our liturgical calendar. A couple of Thursdays ago, I was delighted with the Old Testament reading from Ecclesiasticus – better known as the Wisdom of Ben Sira, or simply Sirach. More about that book in a minute.

About halfway into that appointed reading, Sirach praises wine drinking: “Wine is very life to human beings if taken in moderation. What is life to one who is without wine? It has been created to make people happy. Wine drunk at the proper time and in moderation is rejoicing of heart and gladness of soul. (Sirach 31:27-28)

Sirach, like the book of Proverbs, is part of the Wisdom literature. Thought to have committed his wisdom to writing before 180 B.C., Sirach’s wisdom was likely used by the early Christian community which accepted and included it as part of the approved books or canon of the church. But the Jewish community excluded the book; therefore, during the Reformation, the protestant churches considered the work unworthy of inclusion in the Bible proper – placing it and other “apocryphal” books between the two Testaments. To this day, Roman Catholics and Anglicans include this wisdom writing as part of the approved canon.

I call this good news, because my friends and I like to enjoy a glass or two of fine wine as we gather for social occasions. Wine in moderation does gladden the heart, and I will say that after a particularly busy or stress-filled day, a nice glass of wine during my “chair time” does indeed gladden my soul.

After pondering this matter for a while on that recent Thursday afternoon, I recalled a couple of books I read years ago about the history of wine consumption by humans and the art of making wine around the world. So let’s first consider Tom Standage’s A History of the World in 6 Glasses (see the lead photo). Standage devotes two chapters to the origin and history of wine consumption by humans throughout history.

In the third chapter, titled “The Delight of Wine,” Standage points out that the origins of wine, like beer – the first known alcoholic beverage fermented by humans who had barely crawled out of the cave – are lost in prehistory. Archaeological evidence suggests that wine started being produced during the Neolithic period, between 9000 and 4000 B.C., in an area today that “corresponds to modern Armenia and northern Iran.” Around 7000 B.C., pottery was created as a method to store and serve portions of wine. Around the seventh century B.C., the Greeks became the first culture to produce wine on a large, commercial scale, and took a “scientific” approach to wine cultivation or viticulture. In fact, for the Greeks, wine drinking was “synonymous with civilization and refinement: What kind of wine you drank, and its age, indicated how cultured you were. What mattered even more than your choice of wine ... was how you behaved when you drank it, which was even more revealing of your innermost nature. As Aeschulus, a Greek poet, put it in the sixth century B.C.: ‘Bronze is the mirror of the outward form; wine is the mirror of the mind.’”

Most wine among the civilized was watered down, and mixing the two liquids made the water safer to drink due to the natural antibacterial agents that are liberated during the fermentation process. In the second of Standage’s chapters devoted to wine drinking, “The Imperial Vine,” the author concludes that “wherever alcohol is drunk, wine is regarded as the most civilized and cultured of drinks. Today, the world’s leading producers of wine are Italy, France, and Spain. In wine-producing and consuming countries, wine, not beer, is served at state banquets and political summits, an illustration of wine’s enduring association with status, power, and wealth.”

Turning now to Gisela Kreglinger’s The Spirituality of Wine (see second photo below), the discussion takes on a decidedly religious and, in fact, Christian point of view. It is a large, well-crafted book, and my limited space here will not allow an in-depth review. But just to give you a taste of the work (no pun intended), let me devote a little space to it here.

Kreglinger grew up on a winery in Franconia, Germany, where her family has been crafting wine for many generations. She holds a Ph.D. in historical theology from the University of St. Andrews, and she taught Christian spirituality for four years before turning to writing full-time. The primary message throughout her impressive work is that wine is an important food both in Scripture and in the history of the Christian church. After all, Jesus’ first miracle was the changing of water into wine at the wedding in Cana and, of course, his last supper with his disciples included the mandate, “Do this in memory of me” – laying the foundation for our Eucharistic liturgy as the central practice of the Church. Kreglinger insists that “the recovery of a spirituality of wine is thus an excellent way to overcome a dualistic spirituality that seeks to divorce the physical from the spiritual, to divide secular and sacred. After all, we are an incarnate faith worshiping the Lord of all, manifested in human form in history.

“Gratitude and joyful celebration,” she continues, “are two important ways for Christians to respond to God’s exuberant gifts of creation and salvation. In the Hebrew world that Jesus and his disciples inhabited, feasts and celebrations were important ways for believers to cultivate their spiritual lives” (p. 5).

Before we end this celebratory tribute to wine, let me let our author speak once more:

Just as the apostle Paul cautioned Timothy against a false and unbiblical asceticism (1 Timothy 4:1-5) ... so must we pay attention to the witness of Scripture regarding the nature and value of wine, and take it seriously. After all, it was Paul who recommended a little wine for various physical ailments (1 Timothy 5:23). Moreover, a healthy spirituality embraces all of creation as a gift from God, and trusts that God continues to sanctify his creation and causes humans to grow in gratitude toward the giver of these amazing gifts.

“For everything created by God is good, and nothing is to be rejected, provided it is received with thanksgiving; for it is sanctified by God’s word and by prayer.” (1 Timothy 4:4-5)

And let the people say, “Amen!”

Tom Standage’s A History of the World in 6 Glasses 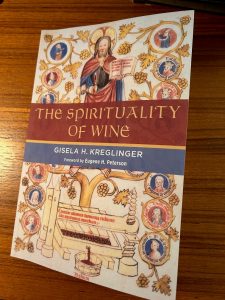 Gisela Kreglinger’s The Spirituality of Wine